Virtual Captives are gaining momentum in the IT outsourcing space. They soon will be making deeper inroads in the BPM space in the coming times. We take a closer look at virtual captives and all its aspects in our new blog.

Historically, outsourcing has been associated with setups like captives of big corporations. These captives operate a full-fledged establishment in a low-cost location or managed services by a cost-effective Managed service provider(s) with exceptional capabilities to understand and execute processes. Managed services as a market have matured immensely in the last two decades. Established service providers with global footprints have proven their potency in managing operations, improving efficiency, and increasing margins big time.

Let us dig a bit deeper into the actual construction of these two outsourcing models and try to understand the pros and cons of both at a higher level. Captives and Managed services sit on two extremes of the outsourcing market; they both have their distinct good-and-bad to talk about. However, having a clear winner between these two concepts is difficult to answer as both have their supporters and detractors.

Some of the benefits that captives bring to the table are:

While we see the benefits, the cost of these benefits that a corporation must bear is:

Above stated benefits and shortcomings that we notice in a captive setup get reversed when moving to a Managed arrangement. Points that captive score on are the exact ones where the Managed services lag. Lack of Operational controls, cultural alignment, and IP ownership/ protection push the case against Managed Services providers. However, the cost that companies must concede to establish and manage the setup pulls back the business case in favor of Managed Service providers.

So far, outsourcing decisions have been hanging in the balance of this pull-push phenomenon. Additionally, we have seen how turbulent the global pandemic has been over the last 18 months. COVID-19 has aggravated the need for having better control and visibility of day-to-day operations with the entire world working from home, thereby pushing the case further in favor of captives.

Virtual Captives, what and why?

Until recently, outsourcing has been all about choosing between a captive that offers control and ownership compared to a Managed Services Providers who come with cost benefits, high-tech service platforms, and innovative solutions. However, as with any business model, business process outsourcing has been subjected to various modulations. Constant zeal to extract enhanced value from a relationship has led to the advent of “Virtual Captives.” Datamatics Business Solutions makes a strong argument in favor of business solution outsourcing and this emerging trend of virtual captives that effectively attempts at striking an outstanding balance between control and innovation. We will take a closer look at this subsequently in the blog.

Virtual Captive is an attempt to develop something with the best of both worlds, namely Captives and Managed services. This is a middle-of-the-road approach that attempts at having the best from both erstwhile business models.

How about companies enjoying the benefits of increased operational controls as offered by a captive and extracting the cost benefits and innovation possibilities provided by an offshore service provider at the same time?

This sounds like an unbeatable business proposition, and that’s where “Virtual Captives” come into play. Virtual Captive is a carefully carved hybrid business process outsourcing model where Managed providers manage the entire talent, infrastructure, Etc. However, the client controls the way things get handled from an operations standpoint. This brings the work atmosphere and environment closer to the client’s workplace, but maintenance remains’ service provider responsibility. This mimics a client’s very own office without the client is responsible for managing the same. We are seeing increased interest in this business model in recent times, and this is set for further northwards growth in the future.

Virtual Captive is a refreshed take on conventional captive centers that offer many advantages that stand out as a compelling business proposition for clients looking at outsourcing endeavors. Some of the benefits of Virtual captives as compared to traditional captive models are –

The above pointers are the ones where typically Managed providers excel. However, this hybrid setup suddenly makes these benefits visible to the captive supporters in addition to all the controls and IP ownership advantages that captives already have. This turns the tide favoring captive set up in this new avatar, i.e., “Virtual Captives.”

The natural question by now that we all must be having is about the working model of virtual captives. The simple answer to this question is that it’s not much different from regular Managed operations. However, the term virtual makes a big difference to the conventional pain areas of operating a captive center. By virtue of virtual, entire setup responsibility shifts to provider, workforce ownership, recruitment and retention also rest with the provider. These factors relieve the outsourcer from the most agonizing aspect of operations and make life a lot easier. In summary, while the service provider acts as arms and legs of the organization, the brains and emotions remain with the client. This particular trait of virtual captives seals the proposition in its favor.

Lastly, pricing also deserves a mention of its role in further enhancing the virtual Captive’s value. As mentioned earlier, cost transparency is one of the most valuable benefits that virtual captives offer. While pricing can be done in multiple ways depending upon factors like process complexity, skills needed for delivery, extent, level of support required, Etc., what matters is that clients and service providers have complete transparency in how these calculations are done. This can go a long way in developing a real partner-like relationship based on mutual trust and confidence between client and service provider. Usually, the Cost-Plus Model is the most popular pricing model for virtual captive services.

Virtual Captive as an offering is undoubtedly poised to gain popularity and momentum in the coming times due to the sheer value and advantages it promises to offer. Virtual Captives will be mainly of great utility to clients who intend to gain back control and ownership of already matured and transformed processes that have remained with a Managed Services provider for long. Virtual Captive has already gained traction in the IT outsourcing space and will undoubtedly be making deeper inroads in the BPM space in the coming times.

The Risks of DIY Bookkeeping Businesses Should Never Take

Why Creating an Ideal Customer Profile is so Important? 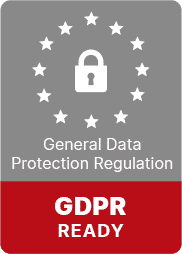 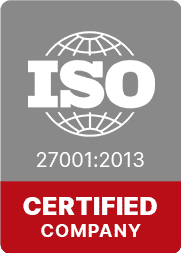 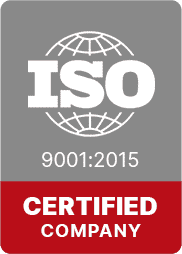 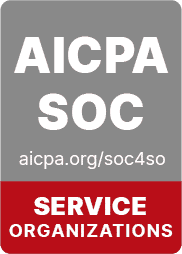 Thank you for your interest.

We have received your request. We will have someone from our team reach out to you at the earliest.

You’ve been added to our Horizon mailing list. You are now among the first ones to read all about our new offerings and BPM industry insights.